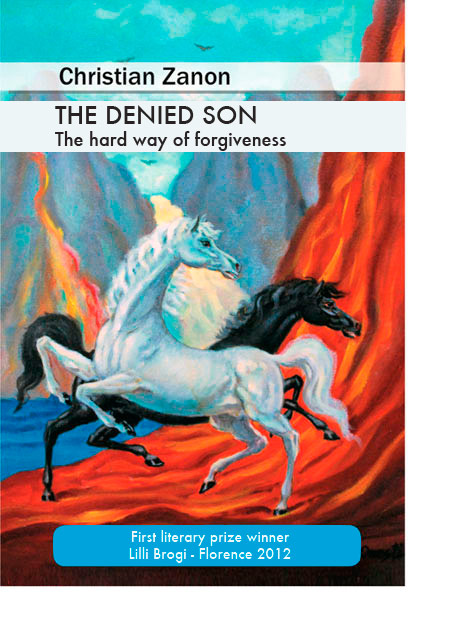 A fable that tells the love story between a prince and his princess and the sudden loss of the fruit of their love. A father afflicted by the pain of an abortion he did not want, but suffered, narrated by a funny character, Irpus “elf writer,”  a vivid fable, the harsh reality of abortion and the difficult path of forgiveness.

The book addresses the issue from the point of view of a parent, but also analyzes, through scientific evidence, the impact of psychological problems in women who have undergone abortion.

The reading the this book represents a metaphoric journey and at the same real time within the World the unconscious. Traversing the world of fear, judgment and guilt, we arrive in the valley of forgiveness, the last step before the returning to life and therefore love. The text wants to offer this possibility to all readers and be a guide for all those who must decide whether to end the life of a pure and blameless creature. (Norma Renda)

The Son Denied · The difficult path of forgiveness

This website uses cookies to improve your experience while you navigate through the website. Out of these, the cookies that are categorized as necessary are stored on your browser as they are essential for the working of basic functionalities of the website. We also use third-party cookies that help us analyze and understand how you use this website. These cookies will be stored in your browser only with your consent. You also have the option to opt-out of these cookies. But opting out of some of these cookies may affect your browsing experience.
Necessary Siempre activado

Any cookies that may not be particularly necessary for the website to function and is used specifically to collect user personal data via analytics, ads, other embedded contents are termed as non-necessary cookies. It is mandatory to procure user consent prior to running these cookies on your website.